First of all, we would like to give the well-deserved credits to all the organizers of the Dutch Blockchain Hackathon.

The entire organization exceeded our expectations by far, so a big thank you! Several of our Rocket Minds employees participated in the Hackathon team of the municipality of Zuidhorn. We'd also like to thank the municipality, for we received their full support in preparation of the Hackathon, and also for future developments within their organization. Our team competed in the “Reinventing Government” track and won the first prize with a concept that revolves around the innovation of government grants and subsidies.

Secondly, we would like to thank all the participants, for they gave us an exciting competition and provided an immense pressure to perform. There were also various famous guests present during the hackathon, which gave us that extra bit of motivation to impress them with our work. This kept us going at full speed towards our goal! Furthermore, the positive and constructive energy helped to evolve all our creative and innovative ideas in regard to the possibilities of blockchain technology.

About the Dutch Blockchain Hackathon

From 10 - 12 February, 2017, the Dutch Blockchain Hackathon took place in Groningen, the Netherlands. During the Hackathon, 55 teams with over 400 participants from more than 10 different countries competed for the first prize and did their utmost best to prove that they are the next phenomenon in the blockchain world.

The teams were divided over five tracks: Identity, Energy, Future of Pensions, International Trade & Entrepreneurship, and Reinventing Government. We participated in the last one because our idea was closely linked with the functioning of governmental registrations and subsidies.

The idea behind our project was to automate and decentralize the process of giving and receiving governmental funds and subsidies.

In this process, there are four parties involved: 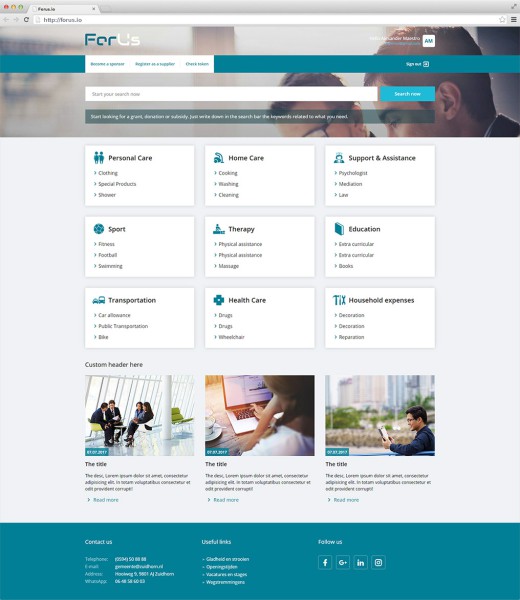 When the sponsor sets the criteria of the pledge, it will select the validators that give the guarantee of eligibility. The data needed to check the eligibility of the receiver will be added by the validator to the receivers’ identity account. After the receiver has met all the criteria, he/she will receive a token. This token can be used to collect the pledged resources from the provider. In some cases the sponsor and the provider are the same entity, but in other cases they are separate entities.

In our system, the sponsor will directly pay to the provider, which keeps money behind the scenes for the receiver of the resources. Consequently, receivers can only use the subsidy funds to pay for that which it is intended for.

The judges saw our project as the most ambitious and detailed of all the projects presented, and awarded us with the first prize within the “Reinventing Government” track!